In the fall of Mack’s second grade year, she fell off the monkey bars during recess and broke her arm. When I arrived at the school to pick her up, she was sitting on a plastic school chair in the office, and the playground monitor, a woman named Rachel whom I had known for many years, was supporting Mack’s arm on her clipboard. Mack was not crying and, in fact, she and Rachel were giggling, no doubt sharing some sports-related playground secret. But I almost cried when I bent down to inspect her arm. Although the skin was not broken, Mack’s poor little radius bone was grossly protruding upwards, clearly snapped free from the wrist. Mack looked up at me with those deep, warm, and brown eyes of hers and said, “Can I get some candy for this boo-boo?” Rachel looked at me, shook her head and said, “Not a tear. Just plans for candy.”

Mack never cried about that badly broken arm, not from the physical pain nor from the disappointment of the premature end to her tackle football season. She did not complain about the discomfort of the cast, and, in fact, she bragged about her colorful choice for the first large cast and wore the smaller purple cast that followed like a badge of monkey-bar honor. With the exception of a good punching of her sister, who laughed at the woolly arm that emerged when the purple cast came off, Mack kept that broken arm perfectly in perspective. As was typical, she never dwelled on her problems, big or small. And, perhaps most importantly, as soon as that cast was off, she was right back on those monkey bars. It was always her inclination to take in stride inconveniences and disappointments, and she never allowed life’s bumps and bruises to replace her joy for a thing with fear.

I recognized those qualities of Mack’s character at a very early age, and I admired them, partly because they were so unique in a little kid and partly because I was incapable of naturally emulating them myself. Mack always was a bigger human being than her Momma Bear. She put her seriously injured arm in her stride. She kept calm and carried on with her life as if the pain and the inconvenience was of no consequence. She never hunted for sympathy or felt sorry for herself. In contrast, when an old, rope-hung window smashed the three middle fingers of my prominent hand, I wailed like a baby, demanded sympathy from anyone who would listen to the story of my injury, and complained at the inconvenience during the entire healing process. It became a family inside joke for many years afterwards that I sure did talk a lot about those smashed fingers of mine.

This fall, I suffered a serious professional and personal disappointment that knocked me off of my feet. Earlier in the year, the Lincoln Presidential Library in Springfield seized control of the Papers of Abraham Lincoln, a project for which I had worked for twenty years, and forced me out of my scholarly editing position in November. True to form, I cried, ranted, and raved about how unfair it was that being a long-serving, exemplary employee with a project I had helped to build ended up being worth so little. My appointment is with the University of Illinois Springfield and not with the Library, so I was not losing a paycheck or benefits, just being reassigned. Instead of feeling lucky that I still had a job, I took to feeling very sorry for myself, moping around, casting blame, and holding a whole hell of a lot of negative energy in my soul.

Then I thought about Mack’s broken arm, or rather her gracious handling of the injury. I pictured that sweet little kid sitting there on that school chair, her grotesque wrist quietly  balanced on that clipboard, and those big brown eyes, free of tears, as she asked me for candy. I remembered how Mack happily cheered on her football team from the sidelines during the Super Bowl victory from which that broken arm had kept her, never moping or feeling sorry for herself for missing the opportunity to play that day. And I remembered how she popped right back up onto those monkey bars just as soon as her arm was healed, because it was not in her nature to do otherwise.

Mack understood that life’s bumps, bruises, and disappointments were a part of the journey, and dwelling on them and sucking the people around you into the vortex of your self-pity is a really rotten way to spend a day. Given what I have learned about unexpected tragedy, genuine personal loss, and the cruel companion that is grief, I should not need a refresher course in perspective. But, alas, I do. Frequently, I admit. Unlike my precious Mack, my sense of calm and perspective is an ugly and imperfect work in progress. I needed the memory of Mack’s arm and her incredible grace, and it was just the slap upside my head that I needed. Now instead of moping about my lost position, I am pouring my enthusiasm into my new challenge at the University, helping develop a plan for a campus institute for Abraham Lincoln Studies. The example of Mack’s brave endurance and fearless resolve also inspired me to take a risk and make a creative application for a part-time, scholarly editing position at the Jane Addams Papers Project. On December 9, I accepted the position, which offers the exhilarating challenge to study a different historical era for me and explore a new professional path. Mack no doubt would have made a crack about how it was past time for me get out of Lincoln’s grill, and I can hear her vociferous approval of my new scholarly focus on an important humanitarian and feminist.

What I had at first interpreted as a nasty, unexpected, professional curve-ball, I now see as a big, fat softball coming in across the middle of the plate. Mack is, as always, coaching me to hit the ball out of the park. My latest Mack-reality check helped me to not only put the disappointment in my stride, but also to get back up on the monkey bars. Of course, I am uncertain about what the future of my new professional opportunities will hold, but I know I have the heart to give them my best effort. And with Mack swinging on the bars next to me, smiling from ear to ear, I will endeavor to keep the bumps, bruises, and disappointments along the way in the proper perspective. 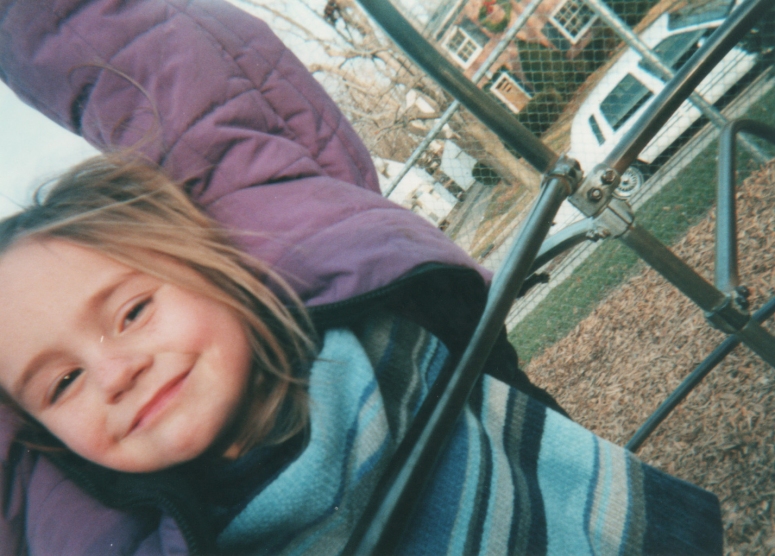