Mack was born with the face and body of a sweet little cherub, and I could not resist the urge to dress her in over-the-top feminine frocks to match her ruby and oh-so-chubby cheeks. Perhaps because I suspected my window for so doing was to be a short one, I frequently chose outfits that even outdid the level of froufrou I had achieved with Mack’s way more girly-girl sister. But almost as soon as Mack could walk (at 8-months-old, by the way), she started to rebel against nearly every article of clothing I put on her. Her sister and I persisted in our efforts to girly-girl-a-tize our little Mackadoodle, but we ultimately failed…and thank goodness, really. Because looking back on our choices, I realize we certainly did overplay our hands. 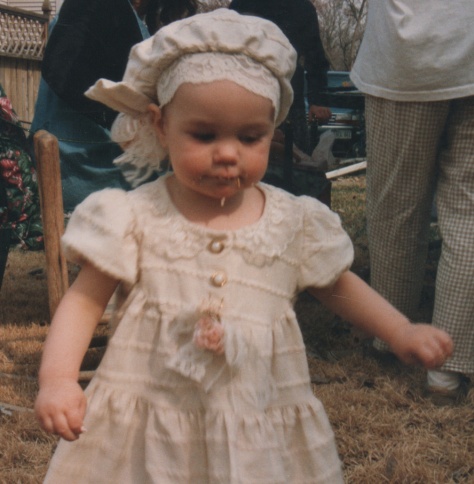 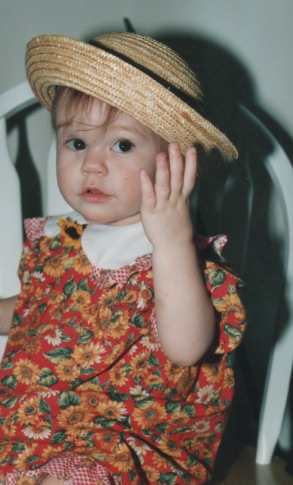 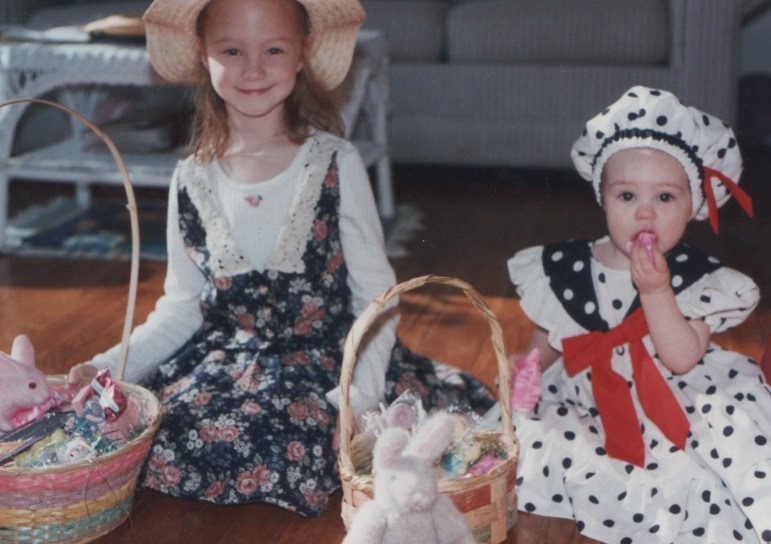 By the time Mack was three, she screamed at skirts, ran away from dresses, claimed that frilly headbands “squeezed her brains,” and threw lacy anklet socks in the garbage when I wasn’t looking. But there was that one pink bikini with the strawberry appliques on the top and the little ruffle on the bottom that broke Mack’s no-stupid-superfluities-on-this-body determination and melted her anti-girly-girl grit. That ridiculous swimsuit beat all the tomboy odds against it. Mack wore it with joy. She sported it—big belly and all—with pride. Strawberry boobs, we called that bikini; and it ruled Mack’s wardrobe. She would put it on and smile from sea to sea, checking herself out in front of the bathroom mirror. The too-short bangs, which were just rebounding from being cut off at the root, completed the look of girl toddler magnificence. In her smashing strawberry swimsuit, Mack definitely strutted the preschool catwalk. One day after I helped her into that swimsuit for an afternoon in the backyard sprinkler, Mack proudly stood up, admired herself, ran her hands down her torso, and shared this heartfelt opinion: “I just love this zucchini!!” And love it she did during the entire summer of 1998. 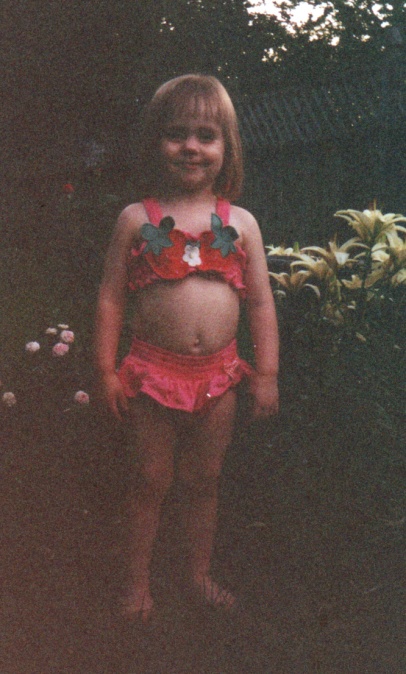 I wish like hell I had better images of that bikini, but these poor quality snapshots are all that I could find. 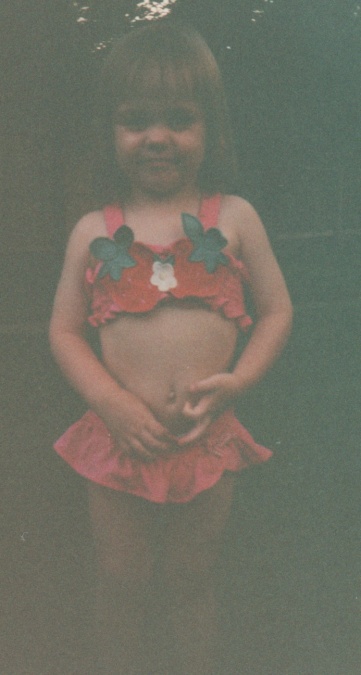 For a long, long time afterwards, we teased Mack a lot about that bikini, and, fortunately, it stayed tucked in the back of one of Mack’s dresser drawers for years. When we packed for the move to St. Louis, it made it into the “keep” pile, because it had become such a funny fashion artifact of Mack’s life. She always thought it quite a hoot that she had once worn strawberry boobs with such panache. I still have the bikini today, tucked into an archival box with Mack’s baby blanket. Funny, these memories we keep. Funnier still the odd artifacts we retain in our human effort to document those memories and to hang on to the happy past for dear life. 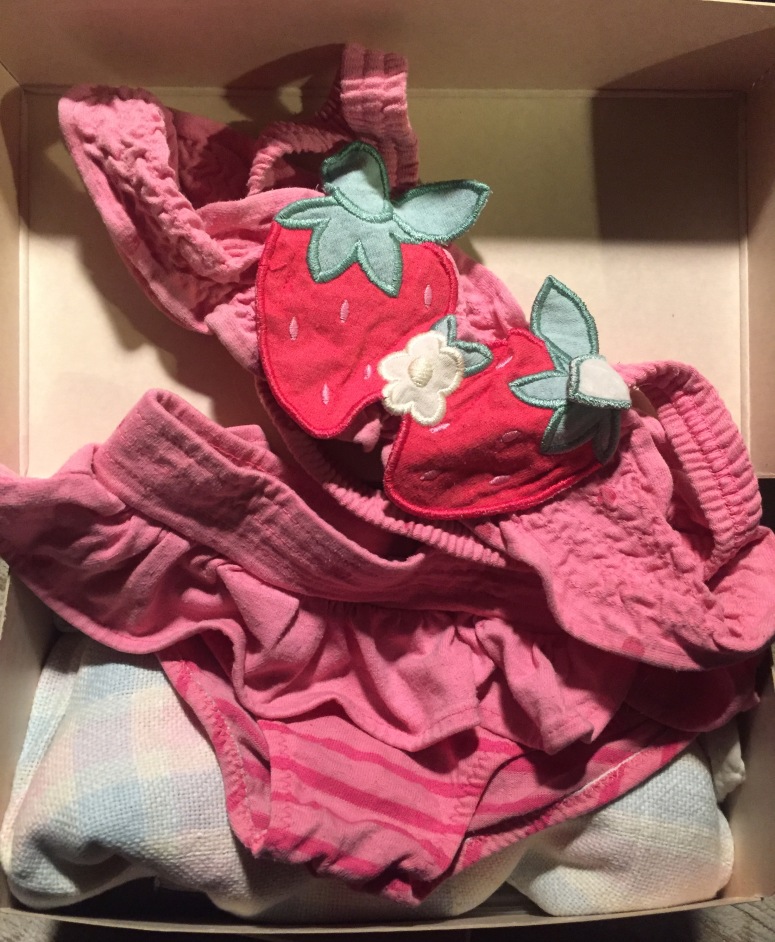 They met when they were toddlers; and very different toddler characters, they were. Mack was quiet, physical, and sporty. Maggie was talkative, dainty, and artistic. But their parents were friends and would soon become Springfield family, and so these toddling happy girls were destined to be linked together. Oh, but never mind that the start of their friendship was engineered by their parents. Never mind that they were so dissimilar. Those little girls were fast friends for fun, alacritous allies in mischief, and fierce and faithful champions of each other. Although their membership in our Springfield family of close friends was a given, M & M existed on a best-friend spiritual plane of their own making, and they forged their forever bond with each other on their own unique terms. 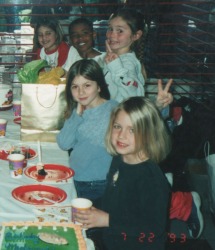 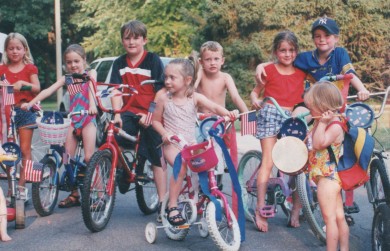 buddies in bike parade (Mack in hat at right)

Together, Mack and Maggie were soccer teammates on the Fireballs, enthusiastic consumers of Thai food, and co-conspirators in epic kitchen messes, which sometimes resulted in edible cookies but mostly just ended with flour fights, colorful frivolity, and cherished memories of time spent with each other. Together, they paid homage to middle school fashion by sporting side bangs and skinny jeans, were confidants about boyfriends and girl drama, adopted each other’s pets as their own, kept each other’s secrets under tight lips and behind poker faces, and shared a smart sense of sarcasm and zany humor, with no end of inside jokes between them. Apart, Mack and Maggie attended different elementary schools, engaged in vastly dissimilar extracurricular activities, and attended to different personal interests and priorities. Yet they always made time for each other, made a habit of lunch dates at Taste of Thai (their favorite restaurant), and frequently schemed up opportunities for engaging together within their overlapping but varied circles of friends. 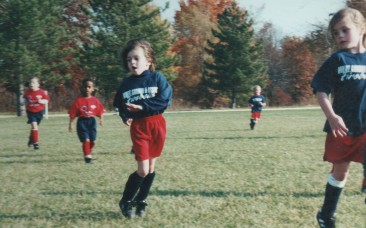 For one season, they were Fireball soccer teammates (Mack at right) 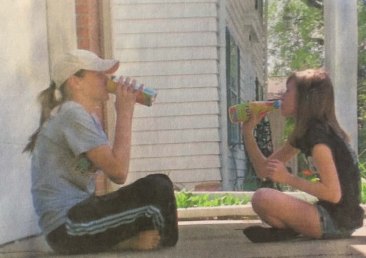 after school at Maggie’s house 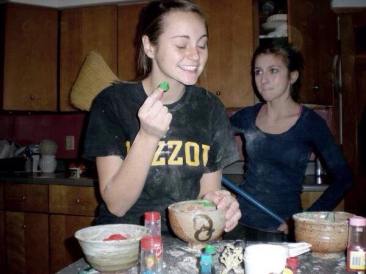 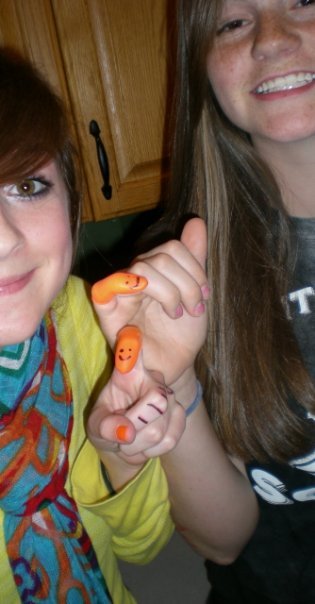 Much of the bond between M & M was in their hearts for only the two of them to see, but as a mother who watched them grow from six-year-old Fireballs into brilliant and beautiful young women, I think I know something of their friendship. First, I attribute their forever connection to acceptance and unconditional love. They took each other at face value, as they were, never judging or reprimanding when one of them made a poor decision, never pressuring the other to meet somewhere in the middle of the differences between them. Instead, they always preferred to provide unyielding and unquestioning support to each other and to be comfortable in any differences that might otherwise separate them. Yet I also think they viewed each other from a unique perspective, vastly different from all of their other friends. For example, to Maggie, Mack was Mackenzie; and to Mack, Maggie was Margaret. It was almost as if they took each other more seriously, respecting each other for what they would ultimately be capable of as adults when they left nicknames and their childhood homes behind them.

Second, these two girls each possessed an infectious affinity for childhood, each ever embracing her inner Peter Pan. Together, they were professional finders of fun in even the simple and mundane activities of life, like drinking sodas after school or trekking to Walgreens to buy junk food. When Maggie turned nineteen in 2012 just weeks after the girls had moved away to college (both in Missouri), Mack tweeted: “How the fuck is @maggieerickson 19? Can we just be 6 again please?” And Maggie was equally annoyed at being so old. But Mack & Maggie were both committed to keeping childhood with them into young adulthood and beyond; and that shared affinity was made all the more powerful an influence in their lives because they had shared childhood together. This past December, Maggie graduated from the University of Missouri, and I know exactly what Mack would have said to her: “How the fuck are you a college graduate? Can we just be 6 again please?” 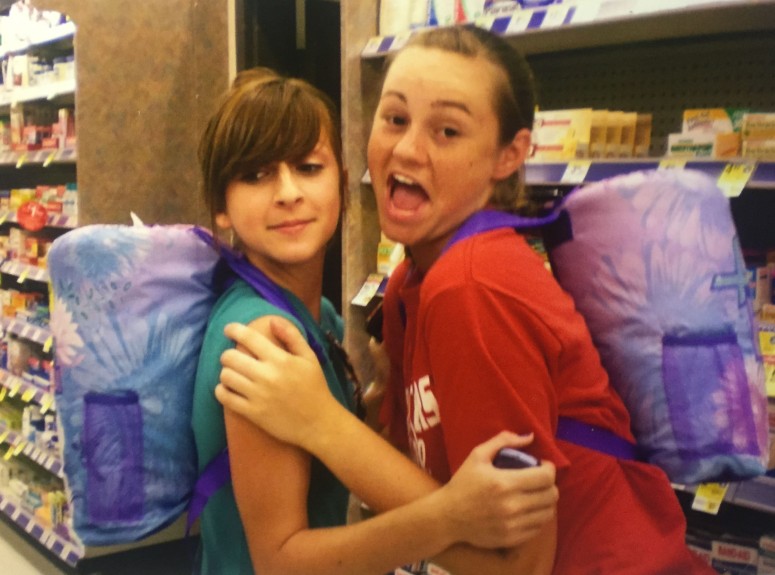 Perhaps somewhere in the ostensible contradiction between their adult-level of respect for each other and their shared affinity for childhood fun is a useful clue for all of us about how to forge friendships that really matter. The friendship between M and M, Mack and Maggie, and Mackenzie and Margaret was truly one for an eternity. Mack was a brilliant collector of best friends; and her best friendship with M-Maggie-Margaret is another beautiful testament of her gifts in that regard. 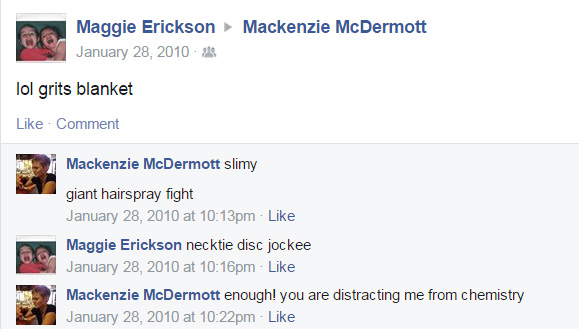 An example of their silly, inside joking: a random word game they carried on in social media and in text messaging 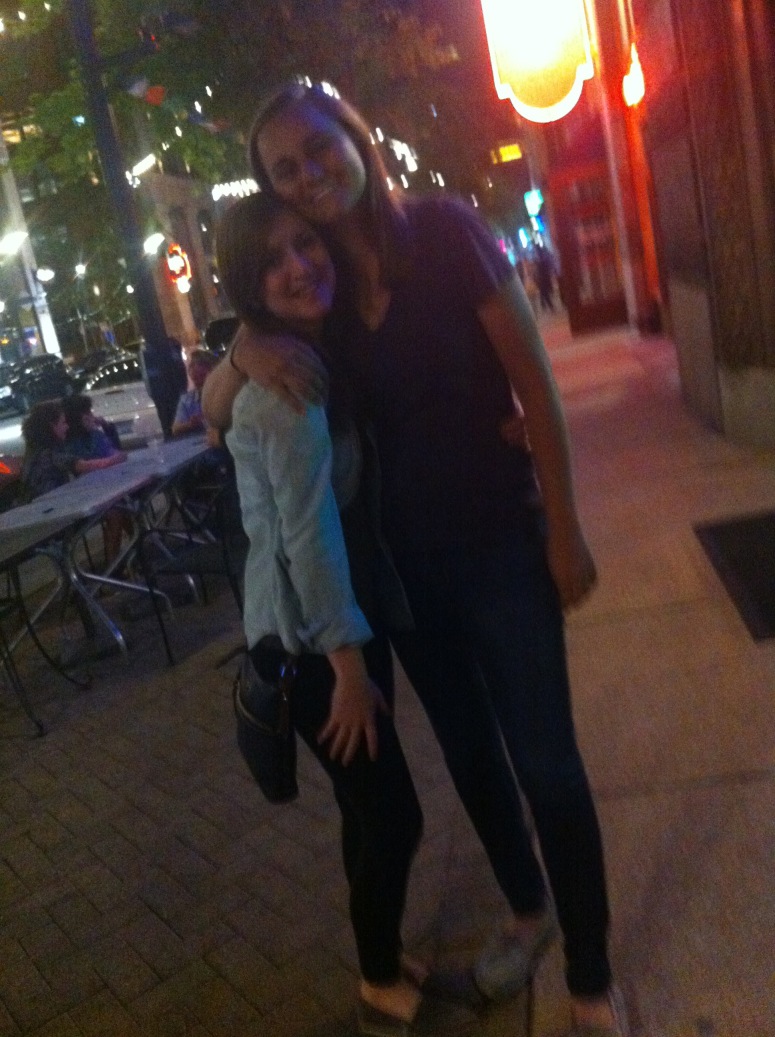 Oh, how I wish that these girls were six-years-old again, and that we could all relive those wonderful Springfield years together.

Today is Super Bowl 50, and I am feeling low.

As a lifelong and exuberant fan of the NFL, I have always thought it appropriate that the Super Bowl marked the age I turn each year. In 1995, for example, when the ‘49ers trounced my beloved Chargers in Super Bowl XXIX, I turned 29 that fall. I have enjoyed sharing this weird little bond with this great American holiday…until this year. And to make it worse, the NFL decided that we are too stupid to know what an “L” means in Roman numerals, so those boisterous Arabic numerals “50” have been staring me down for weeks. Turning “L” sounds so much better, right?

But, alas, Super Bowl 50 marks the countdown to my fiftieth birthday in October, and there is no way around this truth. And despite my low mood and the fact that I am ten kinds of mad at the league I have followed like a boss since 1980, I tuned in to the pre-game festivities a full four-hours before the kickoff. I will watch the game with much enthusiasm, eat way too much chili and chip dip, and enjoy the evening as best I know how in a world without Mack, my favorite quarterback. 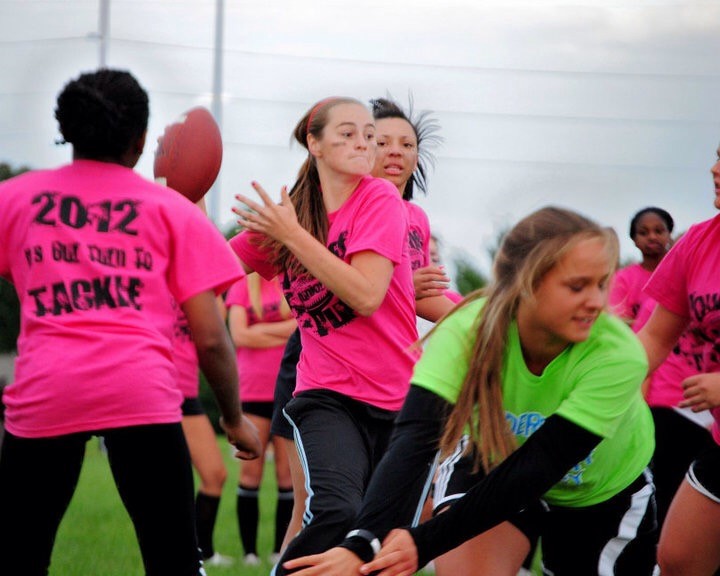 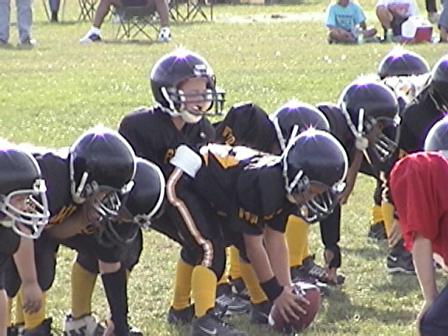